Movies have been around in the world since the 19th century. With the course of the years, movies have become more and more sophisticated, and consequently, more ubiquitous. Nowadays movies form an essential part of our everyday lives. The variety of movie genres allows for each person to find something of their liking. 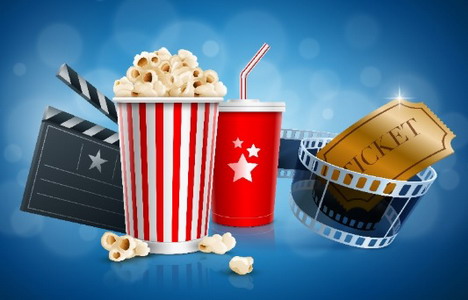 Considering the fact that the number of movies made and released increases at an exponential rate, it is hard to keep track of every movie ever made. For these reasons, movie databases were born, along with movies review websites. These websites provide essential information about a vast number of movies, making searching for movies one likes a lot easier. So, without further ado, here are the top 20 trusted movies databases and movies review websites.

IMDb, or the Internet Movie Database, is one of the best online movie databases. IMDb provides information regarding films and TV programs. This entails information about movie casts, production crews, as well as plot summaries. IMDb users can also leave their own movie ratings, as well as their reviews.

Additionally, IMDb users have the option of creating their own watch lists, as well as fan lists of different kinds, such as lists of favorite movies, favorite directors, favorite actors, and so on. As of 2018, there are close to 5 million titles on IMDb, and around 85 million registered users.

IGN Movies offers expert movie reviews, trailers, interviews, news, wikis, cast pictures, release dates and posters. The site reviews and rates all movies in detail and besides of movies, you can get games and TV reviews as well.

Fandango is a movie review website where users can also get informed about movie news, DVD releases, cinema times, and many other things. Users can also find movie trailers and movie clips on this website, along with news and commentaries by experts. 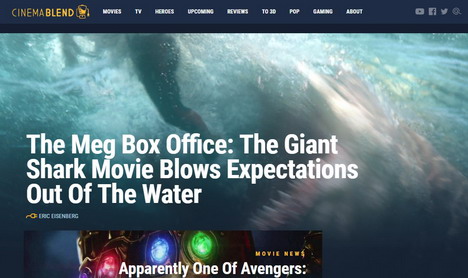 TMDb, or The Movie Database, is an online movie and TV which originated in 2008. This website has an international focus on data, and a community of users from all around the world. TMDb provides plenty of metadata for movies and TV shows, and it is used by millions of users worldwide. Along with movie and TV metadata, this website also provides posters and fan art from users.

Moviefone is an American-based movie listing and information service. Moviegoers can obtain local showtimes, theatre information, film reviews, or advance tickets. You can direct search movies or find your favorite movies by genres.

Roger Ebert is one of the most popular movie review websites on the internet. Roger Ebert was a renowned film critic who wrote detailed and concise film reviews on a plethora of released films. If you are interested in reading movie reviews written by a professional in the field, this is the website you should visit. 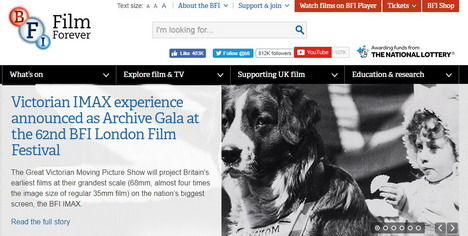 The British Film Institute, or BFI, is one of the largest film archives on the internet. The BFI was established in order to promote the development of British and worldwide film and TV for educational purposes regarding cinema. A variety of movie categories can be found on this website, such as ‘The Greatest Films of All Time’.

Taste of Cinema is an online movie database which focuses on World Cinema and movie classics. A variety of film lists can be found on this website, according to categories such as: filmmakers, countries, genres, as well as eras. This website provides films lists, people lists, as well as other lists. Taste of Cinema also provides in-depth and concise movie reviews.

Filmsite.org is an award-winning website for classic film buffs, students, moviegoers and anyone else interested in the great movies of the last century. Detailed plot synopses, review commentary and film reference material are just some of the features available on the site.

Movies.com is another movies site that covers movie reviews, news, trailers, etc. The website also list the top movies, upcoming and in theater movies. One of the Movies.com’s unique features is that you can find city wise list of theaters from where you can check movie showtimes and directly buy tickets.

The Yahoo! Movies provides movie reviews, as well as information about upcoming film releases, and a plethora of other useful information regarding movies. The users of this website can also watch movie trailers and check the availability of films, DVD releases, and so on.

The Guardian film section is another place where you can find in-depth movie reviews. The film section of the Guardian provides reviews of the newest film releases, written by professionals in the field in a witty manner.

Little White Lies originated in 2005 as an independent print magazine for movies and movie reviews. Now it is also a website which features movie reviews written by professionals in the field. As the creators of Little White Lies themselves claim – the reviews on this website feature a trifold ranking system which captures the various aspects of the movie-going experience. The Little White Lies website also features podcasts about movies, which offer a new and interesting approach to the act of movie reviewing.

Film Comment is a scholar based magazine and website for movie reviews. This website is more academic based and it provides a great number of reviews and articles, as well as a blog. Some of the departments and columns on this website include: Critic’s Choice, Festival, In Memoriam, Art and Craft, et cetera.

The Movie Review Query Engine, or MRQE, is a website which provides an index for movies and movie reviews. The users of this website are able to write their own reviews on forums for movies. Additionally, this website also provides movie news, interviews, and similar materials connected to movies. The MRQE database entails foreign films, independent films, classic films, modern films, and many more.

Find Any Film is an online film database where you can search movies, as well as their availability based on some search terms such as actors, genres, and titles. The film listings on this website are divided into twenty genres, some of which are classic, drama, action, foreign, and so on. If you are from the UK, this website can also send you alerts when a respective film becomes available in the UK.

Film Crave is a website where users can write movie reviews, and create their own lists. This website also provides movie trailers, as well as platforms where users can interact with each other and share their opinions on various topics regarding movies. The users of this website are also able to rate the movies on a scale of 0.5 to 4 stars. All of the user ratings are taken into consideration when the rankings of the movies are determined. Another interesting thing on this website is that users can add movies to existing lists on the website, such as ‘Top Movie’ lists.

Film Archives Online is an online platform which provides access to movies from several different European film archives. You can search for several archival movie databases on this website, and in various languages, such as English, French, German, and Italian. This website provides information on over 20.000 films. Users can search movies on this website according to content, physical characteristics, as well as filmographic data.

The Road So Far: Revisiting 15 of the Best “Supernatural” Moments

What order should you watch the Star Trek movies and TV shows?

Orange is the new black season 7

zoey
694
Top
By continuing to browse the site you are agreeing to our use of cookies.
X